Hi guys! Thanks for dropping by for a tour stop on the blog for the Iridescent blog tour, hosted by AToMR tours My review for BOTH books: Ember and Iridescent can be found below. And, don’t forget to enter the tour-wide giveaway! 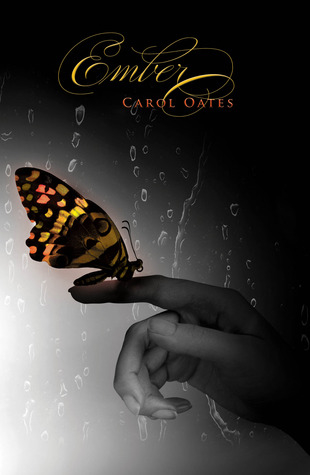 Title: Ember Publisher: Omnific Pulishing Release Date: July 19, 2011 Source: publisher (for review/blog tour) When Candra Ember wakes up in hospital after a dangerous encounter with a red-haired woman, she is shocked to discover that seeing a winged boy wasn’t her imagination. Candra is exposed to a world of rivalry and sacrifice she never knew existed, and the aftermath of a war to save humanity thousands of years ago. Soon she finds herself relentlessly stalked by Sebastian, a beautiful and arrogant Watcher Angel and romantically pursued by his darkly seductive rival, Draven. Ultimately, dubious about her own goodness, Candra’s very existence compromises a tentative peace in the city of Acheron. My Review:

The last ‘angel’ book I’ve read was Entice by Jessica Shirvington, and that wasn’t even completely angel, but nevertheless angels were involved. So, I was kinda excited to read another one with more of it. Ever since Fallen (by Lauren Kate, even if that was kind of an annoyingly but addicting series), I’ve been attracted to this particular genre:) If you read my reviews frequently, you know how much I like love triangles, much more complicated and difficult-to-choose kinds. (insert glee!). I wasn’t disappointed with Ember. Just by it’s title, I already sensed it was a good read, and it honestly is! Moving on, one factor that is very much important to a story (besides the good plot) is a very engaging and great main character. From my reading experience, reading from unlikable MCs truly negates the whole book, because how can you learn to like the book if you hate the one narrating it? And in Ember? We have a great character- Candra. She’s easy to love, and though at times some of her actions tend to irritate me, but you can actually understand her decisions and opinions. The guys. Goodness. Sebastian. *sigh*. For some reason I am attracted to tortured guys (though it can be pretty annoying when in excess too). Then there’s Draven. I don’t want to choose between the two of them (but I honestly have one in mind already, but I’m trying to stay away from getting my heart broken, so I won’t choose yet..and just see where the story will go). The story. At first everything was so vague, there were so many unanswered questions and I was confused a lot. I wasn’t happy, honestly. Until, slowly when the answered revealed themselves, I was completely intrigued with the novel.  I like how serious the tone of the book gets at times, and I like the fast paced, direct-to-the-point approach of the story. That’s how great books are written! 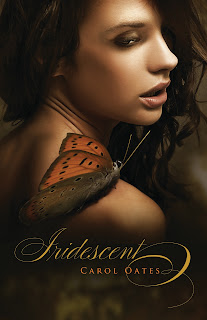 Publisher: Omnific Publishing Release Date: October 16, 2012 Source: Omnific publishing for blog tour (review) Candra dreamed of saving the world one person at a time. She never expected to become an angelic weapon and the last hope in a battle against ultimate darkness. Falling for a Nephilim wasn’t part of Sebastian’s plan. Distraction is something he can’t afford when his rival, Draven, wants what Sebastian has. Lies, manipulation, and corruption are twisting the lives of the citizens of Acheron. The Arch is missing from heaven, and a demon is intent on claiming the city. At a time they should be growing closer, grief and paranoia are driving Candra and Sebastian apart. Soon, Candra must face a terrible choice. If the price of restoring heaven is a human soul, who deserves to be saved?
I’m now on the second book, and I can’t seem to stop. This book series is kinda addicting. Iridescent is the second book after Ember and starts where Ember left off. Here, we still follow Candra’s story/adventure. Honestly! I want to experience these kinds of adventure (though I think it’s highly impossible in real life), and I’m jealous that Candra gets to experience them. I don’t mind the dilemmas I may have to face. So long as there’s a Sebastian by my side,nyahaha. Anyway, on to the story.

I just like it when in every story we get to the point of not knowing whom to trust, and whether the MC will survive the next crisis or the current problem, and mainly just making a decision- a very hard one. It seems easy to say you want to be a hero and you’re willing to sacrifice your life, but when put to the test, we all get those little doubts. In the middle of the story, I kind of want to tell Candra “No pressure Candra, the world is not relying on you! (even if the world actually is). There’s something about being in these critical situations that make your hairs stand out and give you goosies! I had. It’s more intense and unbecoming. I also want to mention that while inside the tornado, people do drift apart. I’ve seen lots of those cases in other books, and we also see it here. It kinda breaks my heart, but anyway! The story building just gets higher as the stakes grows higher too.

A bit off topic, I can’t help but wonder what the butterfly in the book covers signify? Is it Candra? or the main situation they are in? I can’t wait for the next book and find out what happens next. The ending was unexpected and riveting.

you can view the trailer HERE The publisher is giving away (7) ecopies of IRIDESCENT. (INTERNATIONAL)
Don’t forget to stop by these blogs:

No comments to show.